Looking for a better way to connect with customers and prospects in this technology-rich, multi-channel environment? Would you think I was crazy if I suggested using a channel that was developed in the early 20th century?

That channel is direct mail. And while many of today’s marketers may dismiss it as a quaint relic of days gone by, it’s actually more powerful than ever before. Surprised? If you understand the factors behind the effectiveness of direct mail, you won’t be.

There are two reasons direct mail is a wise choice in today’s market. First, fewer companies are using it, so the handful that know how to employ it effectively have a much bigger opportunity to be noticed. Three decades ago, your mailbox may have been full of letters on any given day, but how many do you receive now? Finding a letter (especially one with a real stamp) is something of a novelty these days, so instead of simply tossing it aside, people are more likely to read it.

“Well, I don’t read junk mail,” you insist. Neither do I. But effective direct mail and junk mail are two entirely different animals, and that’s where reason number two enters the picture. The key to effective direct mail is making sure you put the right message into the right hands, and today’s combination of powerful technology and big data makes that easier to do than ever before.

Junk mail is the stuff you don’t want. You’re not interested in doing business with the sender, or it’s a product you’d never buy, so you chuck it into the recycling bin. If you’re sending the wrong messages to people who have no need or interest, you’re wasting your money on junk mail.

But if you’re sending relevant messages and offers to a tightly targeted group of recipients that meets specific criteria, you’re engaging in effective direct mail. You have the opportunity to “talk” directly to someone who is likely to be interested in what you have to say or offer. Even better, you’re doing it in a place where they’re comfortable at a time when they’re comfortable. Many forms of marketing communications are interruptive. For example, phone calls always come when you’re doing something else. But most people have some sort of routine when it comes to reading their mail.

Now, about that tightly targeted group I mentioned. I’ve written a lot of effective direct mail packages over the years, but I’ll be the first to admit that my brilliant words aren’t the primary reason those efforts achieved success. Direct mail experts will tell you that the writing and design of a direct mail piece or package accounts for less than 10 percent of its effectiveness. How do they know that? They’ve tested millions of pieces of mail over the years, making slight modifications to pinpoint what works best.

Those experts will also tell that your offer accounts for about 20 percent of a direct mail effort’s success. So what’s the factor behind the remaining 70 percent? It’s the quality of the list.

In other words, you can develop the most beautiful direct mail package with the most poetic wording promoting a truly irresistible offer, and if you mail it to a crummy list, it’s going to fail. The list is the single most important element.

A good list is focused completely on one type of recipient. The more clearly you can define your target audience and obtain a list of those targets, the more effective it will be. The list should also be accurate, and it’s important to make sure your vendor or whoever is producing the letter merges the right fields. Otherwise, you could embarrass yourself.

The other element that’s important in effective direct mail is making sure your message is personal. Even if you’re sending your marketing message to 100,000 people, it’s being read by one at a time. You want each recipient to feel as though they’re having a conversation with someone at your company, not being subjected to advertising. Copy that’s friendly and conversational will go a long way toward accomplishing that.

Direct mail may actually be an ancient technique, but that doesn’t mean it’s obsolete or ineffective. Use today’s tools to refine and boost it, and that old standby may be the source of your newest success! 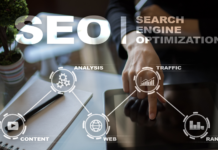 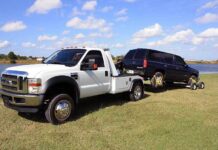 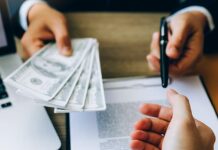 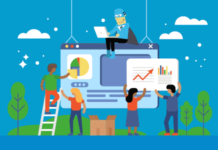 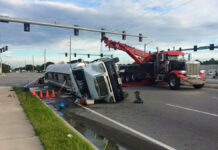 Brisbane cricket club’s declaration with 14 runs on board deemed against...

Emily Willis - September 2, 2020
0
We use cookies to ensure that we give you the best experience on our website. If you continue to use this site we will assume that you are happy with it.OkPrivacy policy